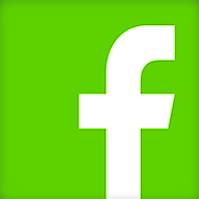 http://www.beatport.com/release/keep-it-rough-ep/1035705 Supported by: Davide Squillace, M.A.N.D.Y., Joris Voorn, Rozzo, Nick Fanciulli, Tiefschwarz, Karotte, Audiofly, Stacey Pullen, Robert Dietz, Schlomi Aber, DJ W!ld, Anthony Collins, Markus Schatz, Tripmastaz, Sven Tasnadi, Luna City Express, Super Flu, Ralf Kollmann, Tucillo, Ekkohaus, Martin Eyerer, Shinedoe, Luca Bacchetti, Meat, Zohki &amp; Roozlee, Marco Faraone M.A.N.D.Y. (Get Physical) Solid groove bombs. Joris Voorn (Rejected) Bomb EP! Karotte (Cocoon) Again great tracks by Sable Sheep. Davide Squillace (This And That) Rite in my laptop... Stacey Pullen Hot, hot, hot! Audiofly (Supernature) Yeah man! Full Support. Robert Dietz (Cadenza) Super cool release. Schlomi Aber (Be As One) Sable my man, keep it up. Rozzo (Mountain People) Keep It Rough is the kind of dirt we are looking for. Martin Eyerer (Kling Klong) I already loved Sable Sheep&apos;s EP on Be As One. Also this one is killer! Luca Bacchetti (Ovum) Great tracks! Sable Sheep is on fire! German producer Sable Sheep has so far layered up his propulsive drums on two releases for Be As One, but here makes his debut on Moon Harbour with a new four track EP that certainly lives up to its name. The EP kicks off with &quot;Hell Is Empty&quot; which is a deep, shuffling track that marries an undulating bassline to bubbly finger clicks and feathery light, almost dusty hi hats with the resultant effect one of seductive hypnosis as it subtly breakdown before beginning its march once again. &quot;Myrrh And Blood&quot; is more upright, with larger kick drums driving the thing along. Again the hi hats are airy and light, giving the groove plenty of character and adding to its bounce, with a precise bassline weaving its way through the whole track start to finish as the snares grow choppy and a spoken word monologue adds an element of human foreboding. The title track shows a lighter side with a jazzy melody darting about over kicks and hats that come together in a funky but heavyweight union, whilst closer &quot;All The Devils Are Here&quot; returns to the shadows, lurking with intent. The bassline is rubbery, the claps sound deliciously hollow and the bouncing groove is pure and unadulterated; one that will have heads going down and arms going up. Sable Sheep is a master of efficiency who can craft infectious and devastating grooves from only the simplest of elements: it&apos;s the way he designs them, though, that really makes him standout.